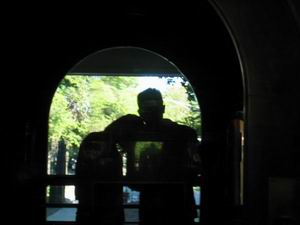 nic ruffy
oak park, illinois, usa
here for you
an old friend was visiting chicago, and i played the guide. we hadn't seen each other in over a year, before she visited. last time we saw each other, we hugged in hong kong, and said seeya. where, i don't know.

one year later, she was there. i visited her in new york, before i left the us. over brunch, we realized it was the fourth city we've seen each other in. on opposite ends of the world. before i left, i said seeya. where, i don't know.

and we're still friends.
⇦ go back to that other thing | surprise me | tell me more ⇨